Graft and tender scandals are the norm at airports authority 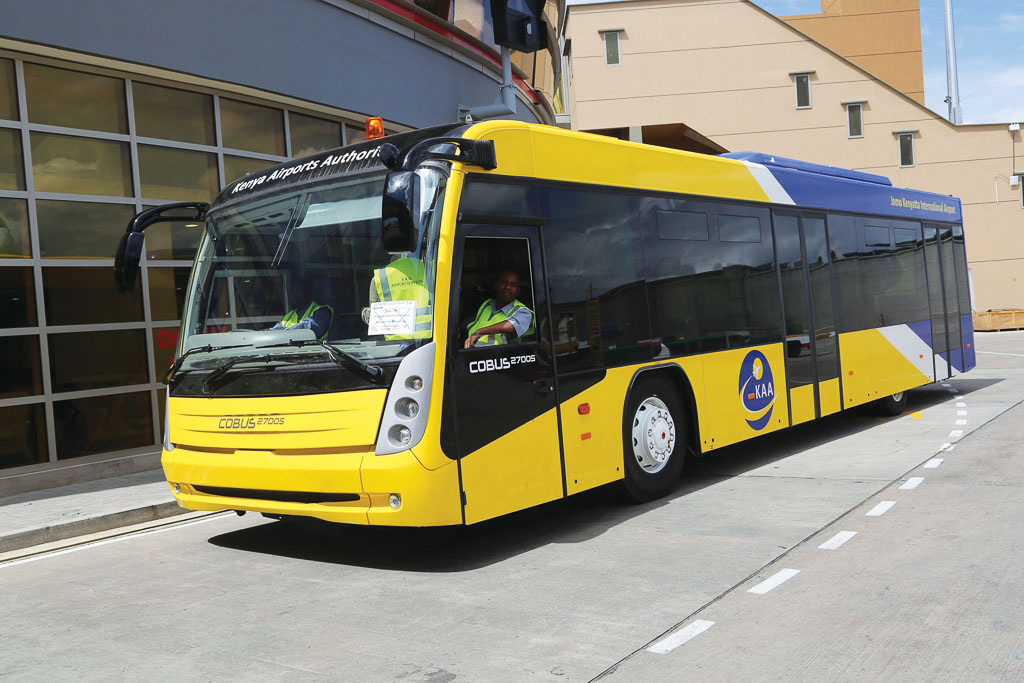 President Uhuru Kenyatta’s publicly-expressed dismay about the Sh11 million Kenya Airports Authority pays a bus company to shuttle passengers within the Jomo Kenyatta International Airport provided a glimpse into the extent of the rot at the national corporation.

The President was so taken aback by the massive rip-off that he ordered immediate investigations into those involved in the bloated payments, even offering, in what was a bitter joke loaded with innuendo, to donate a bus from the National Youth Service for 20 times less that amount.

According to the President, it was unsustainable to pay the five ramp passenger buses a more than Sh130 million a year for a service that could be procured for much less, and ordered the arrest of those involved in the scandalous contract that KAA signed with bus company in 2011. What followed was the interdiction of embattled managing director Lucy Mbugua and five other senior officials “to pave way for investigations”.

“Following the presidential directive on passenger transfer services, the board met, deliberated and resolved to interdict the named officers with immediate effect for a period of three months to pave way for investigations,” announced Kimaiyo.

However, the board’s action might be seen as coming a little too late, given that the national corporation tasked with managing the county’s airports is sagging under a myriad allegations and cases of fraud.

The revelation, made known at a time the president was officiating the opening of Terminal 2, could have not come at a worse time, what with the Authority battling to retain its image in the midst of various accusations of corruption involving contracts for duty free shops.

The development was a double blow to Ms Mbugua, who had already stepped aside after she was named in the president’s list of shame and is awaiting the outcome of Ethics and Anti-Corruption Commission’s investigations into allegations that she oversaw the signing of the controversial contracts. She has actually served three suspensions over allegations of mismanagement since the beginning of the year.

It is also curious that KAA is embroiled in a financial scandal at time when the national carrier Kenya Airways is also facing financial difficulties. This latest event brings adds a new twist to the saga, given that Kenya Airways is the biggest operator, more or less responsible for keeping Kenyan airports running, and is the major beneficiary of services offered by KAA. The two have a symbiotic relationship; each needs the other for survival.

The situation at Kenya Airways is so dire that the Senate had to form a select committee last month to investigate activities at the carrier that led to the loss of huge sums at the carrier over the current financial year.

Among the issues seen to be causing the crisis at the once-thriving airline are the leasing and buying arrangements of aircraft, offshore companies said to have been used to embezzle strategic reserve funds, the existence of subsidiary companies, unsound employment policies and uncouth personnel practices.

Even before President Kenyatta officially opened the new ultra-modern passenger terminal, questions had emerged on whether the contract for its expansion had been inflated. The contact, signed in 2013 between KAA and Chinese firm, Anhui Construction Engineering Group Limited, was a variation of the original contract signed in 2011, with the introduction of a new inflated provision for taxes amounting to Sh9,519,077,771.

The first contract, signed in December 2011 between KAA and the Anhui, was for an agreed sum of US$653,782,814 (Sh59,494,236,074). According to terms of the contract, the amount included 10 per cent contingencies for the works, five per cent for employer’s supervision consultant, and included “all other charged taxes”.

However, in the 2013 proposal, a new provision for a 16 per cent value added tax was included, translating to an additional Sh9.5 billion to the original figure. This was a departure from the earlier contract where all taxes had been factored in the total amount.

“The employer covenants to pay to the contractor in consideration for the undertaking of the works in accordance with this contract, an amount of US$653,782,814 (Sh59,494,236,074) inclusive of 10 per cent contingencies for the works, 5 per cent for employer’s supervision consultant and all applicable taxes, but excluding 16 per cent VAT,” stated the new contract, raising questions as to whether the new taxes were deliberately added to inflate the cost of constructing the new terminal.

In February, Ms Mbugua, alongside the General Manager, Finance John Thumbi, Company Secretary Katherine Kisila and General Manager, Procurement Obadiah Orora were given a one-month compulsory leave. The leave was to pave way for investigations into another contentious contract involving several companies and individuals fighting for control of the lucrative duty free shops at JKIA.

The senior officials were accused of inserting favourable clauses in the contract that Swiss concessionaire Dufry International won to manage duty free shops at JKIA and Moi International Airport, Mombasa.

KAA was again adversely mentioned in regard to corruption allegations and mismanagement after the August 2013 fire incident at JKIA that brought down parts of the airport’s passenger terminal. The authority had opened tenders for developing and managing duty-free retail shops, a decision which gave way to new wrangles and controversies.

Nuance Group was initially picked for the contract, but the award was challenged before the Public Procurement Administrative Board, which cancelled it and directed KAA to do a fresh tendering process for the duty free shops.

It was then that Dufry International was named the winner, with subsequent appeals to the procurement board being dismissed. It is this contract that is partly responsible for the problems facing the authority’s senior managers.

KAA is said to have imported some of the clauses in its former contract with World Duty Free Limited, which gives Dufry 25 year’s exclusive rights to manage duty free shops at the country’s major airports.

The exclusive rights awarded to Dufry International to manage duty free shops at the airports opened new wars with businessman Kamlesh Pattni, who went to court in a bid to stop the Swiss company from operating the shops at the country’s two major airports. World Duty Free Company Limited, which is associated with Pattni, sought a declaration of nullity of the contract awarded to Dufry.

The company argued that a similar contract it was awarded to exclusively operate duty free shops in Nairobi and Mombasa airports were active, and that the decision by KAA to award another contract was illegal.

In any event, the World Duty Free Company Limited, through its subsidiary, Kenya Duty Free Complex, claimed that there was an existing court order issued in 2008 stopping KAA from awarding any other company a contract to run the duty free shops at the two airports.

The award of the contract to Dufry started facing legal battles a soon as it was signed. It was Suzan General Trading Limited that first went to court to quash KAA’s decision to deny it a licence for development and operation of duty free shops under a single master licence.

According to the company, KAA violated tendering rules and regulations as provided for by the Public Procurement Administration Board to lock it out of the tendering process.

The company argued that after challenging the manner in which the tendering for duty free shops were initially done, the procurement board in December 2013 issued new guidelines and ordered KAA to re-tender for the development and operation of duty free shops at the new terminal.

When now-suspended Transport Cabinet Secretary Michael Kamau appeared before the Parliamentary Public Investments Committee, he said that KAA had unilaterally given the Swiss company authority to run the shops without following due process.

According to the CS, the contract was worse than the one which had been signed by the World Duty Free shops as it gave Dufry International the right to have space at all terminals within JKIA, including the Greenfield Project, when it is built.

Corruption allegations being levelled against KAA extend to ground-handling contracts where over five companies have challenged the manner in which the contracts were awarded. Transglobal Cargo Centre is one of those firms that have gone to court seeking orders to compel KAA to award it a multi- million-shilling ground handling contract without subjecting it to public procurement procedures.

The company accused KAA of misconduct for denying it an opportunity to generate additional revenue and encourage competition. In the suit, Transglobal also sought Sh7 billion as reparation for lost business opportunities.

But it is not only in Nairobi and Mombasa Airports that massive corruption is alleged against KAA officials. The Ethics and Anti-Corruption Commission is also investigating alleged irregular award of Sh39 million parking tenders for Eldoret, Malindi and Wilson Airports.

Social Watch, an anti-corruption lobby group, in a letter to EACC, alleged that Diire Realtime Investments Limited was awarded the tender in a fraudulent manner since it did not comply with mandatory requirements. The organisation wanted KAA’s tendering committee investigated and disbanded if found guilty of having flouted tendering laws and regulations in awarding the contract.^