Calestous Juma, the towering Kenyan scholar of technology and development, died on Dec. 15 at the age of 64 in Boston, Massachusetts.

Juma, who was a faculty professor at Harvard’s Kennedy School, was known for his work on innovation, and how that intersected with sectors including agriculture, education, health, and economic prosperity. As a prolific and luminary academic, he combined rigorous evidence with intellectual diligence, producing work that ennobled him to many people across the world.

Throughout his books and essays, he dissected complex systems and ideas to reveal the unknown or argue for the unconventional. And in a continent where the narrative is almost always skewed or one-dimensional, his Africa-centric views were noteworthy in how they brought out a humane portrait focused on adventure, exploration, and purpose. 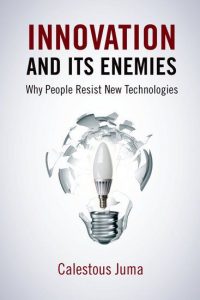 Juma was a man given to almost oracular significance, writing about modern advances in science and technology and how they would impact developing countries long before those ideas became mainstream. In his 1989 book The Gene Hunters, he examined the ethics of modifying existing species to create new plants and animals, and how this evolutionary process presided over by large corporations would impact food production and smallholder farmers in Africa.

In his last book Innovation and its Enemies (2015), Calestous drew on centuries of economic history along with well-crafted anecdotes to explain why people resist innovation. The notable book looked at the underpinning problems of why useful innovations create social tensions, invite prohibitions, and how they are eventually accepted into the mainstream. Juma studied why, for instance, the Ottoman Islamic empire resisted the printing press to print the Quran, the socio-political reasons why coffee brewing was banned, how dairy companies suppressed the spread of margarine, besides focusing on the recent battle to commodify transgenic crops and genetically-engineered salmon.

Despite his productivity, Juma complained about how African media outlets sometimes didn’t carry reviews of works from African writers. Yet he was still able to break through and attain global recognition for his work. Through his books, he came up trumps to show us how the Internet of Things, digital learning, and open-source movements all provided opportunities for inclusion, collaboration—and most importantly, improving lives. And it is that ability to creatively, intelligently, and compassionately express ideas that he will sorely be missed. ^