Could Somalia-UAE row draw in neighbours?

Relation between Somalia and the United Arab Emirates are at their lowest in the two countries histories. In the aftermath of a recent diplomatic tiff, the Dubai has recently suspended all military cooperation with Mogadishu, including financial assistance to over three thousands troops who have been on the UAE’s payroll. In a quick but perhaps not so well thought our rejoinder, the Somalia government has said they are ready to take over paying the salaries of its own personnel.

It all started when United Arab Emirates entered a deal with the self-declared republic of Somaliland. DP World, one of the world’s leading port operators, signed a partnership with the unrecognised state in a deal that will see the region get investments worth millions of dollars in the port of Berbera, in return for a three-decade concession. The agreement angered the government in Mogadishu.

Somaliland is still considered by Somalia to be one of its autonomous regions, which forms part of the Federal government of Somalia. Somaliland declared its independence in 1991, and has been seeking international recognition since then. It has its own currency and constitution, but because it lacks recognition as a state, has been unable to get investors or loans from the World Bank and the International Monetary Fund.

Somali premier Hassan Ali Khayre termed the deal “null and void”, which infuriated Somaliland leaders, with the region’s President Muse Bihi Abdi asserting, “The investment deal with DP World has, loudly and clearly, proven Somaliland’s independence… we can engage in international deals without regard to Mogadishu’s government.” The agreement, Abdi said, “Has ended Mogadishu’s claim for controlling Somaliland territory.”

Addressing a crowd in Hargeysa, the President said the Prime Minister’s words were “declaration of war”, adding: “The present agreement is nothing new; it is an extension of the agreement entered into between the Republic of Somaliland and DP World, and approved by the Parliament.” The Ministry of Ports and Marine Transport of Somalia responded in statement that “the deal is detrimental to the sovereignty of the Federal Republic of Somalia and the unity of the country.”

The breakaway region is also reportedly in talks with the Russian government to set up a naval base in Somaliland. As a further benefit to the deal, besides training its armies, Moscow will help Somaliland get international recognition.

Somalia’s parliament afterwards voted unanimously to reject the deal as well as nullified all agreements between the United Arab Emirates-based company and Somaliland. It also banned DP world from operating in Somalia.

“DP World intentionally violated the sovereignty of Somalia, so it is banned from operating in Somalia” reads the statement which, by the time of going to press, was awaiting the PM’s signature.

In an interview with the BBC, Dubai’s Foreign Minister Anwar Mohammed Gargash said previous Somali governments had agreed to the port deal and even approved it. In response, Somalia Foreign Minister Ahmed Isse Awad said there was no evidence to prove such a deal had been discussed let alone approved, and asked DP World “To reconsider these agreements, particularly the one in Berbera Port, ‘since Somaliland insists on its claim of being an independent nation’,” claiming to be a state independent from Somalia,” Ahmed Said, speaking to Reuters. 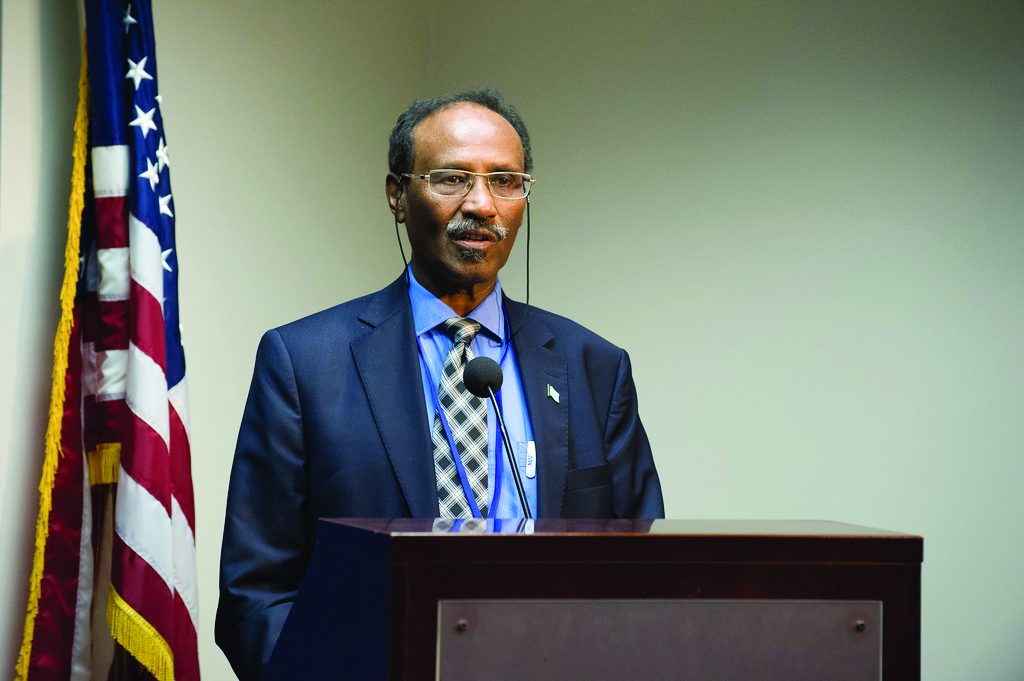 “I think that is not allowed; you can’t just charter a plane and enter a sovereign country with such a large amount of money. It can’t happen anywhere else, and it won’t happen in Somalia…Go through the proper channels if you want to work with us,” he said in an apparent jibe to Dubai.

On April 8, Somalia intercepted an Emirati plane carrying “over $9 million (Sh900 million), which it said was intended to be used to destabilise the country, which was then facing a political crisis. A day after the money was confiscated, the speaker of the Somali Parliament, Mohamed Sheikh Osman Jawari, “voluntarily” resigned, ending a month-long of political standoff involving him and a section of legislators who had prepared a motion of no-confidence.

The seizure of the money, originating from the UAE, prompted a swift response from its foreign ministry, which said the money was meant to “support the Somali army and trainees”, and was seized at gunpoint by security personnel, who disrespected some members of the UAE forces.

Somalia’s Finance minister Abdirahman Beileh said he was deeply worried about the activities of the Emirates in the country, referring to the money confiscated: “I think that is not allowed; you can’t just charter a plane and enter a sovereign country with such a large amount of money. It can’t happen anywhere else, and it won’t happen in Somalia…Go through the proper channels if you want to work with us,” he said in an apparent jibe to Dubai. 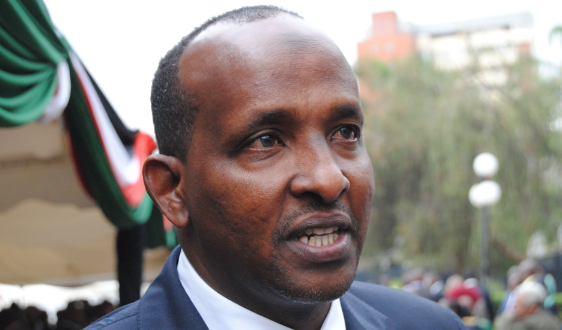 “What is going on in Somalia is a proxy war led by UAE mercenaries to undermine the sovereignty of a country, its legitimate government and institutions. Somalis must not allow foreign mercenaries to destabilise their country”.

The developments in the Horn of Africa country has got some of its neighbours, smarting still from years of turbulence and its spill-over effects into their borders, worried.

The Emirates has also been blamed for disrupting business in the country with the aim of “economic sabotage”, and has severally been blamed of influencing the country’s parliament to make decisions in its favour.

The UAE is one of the country’s top importers of charcoal, a multi-million dollar trade that contributes heavily to the funding of the terrorist group, Al-Shabaab. Last month, the country’s cabinet illegalised the burning and selling of charcoal, “to UAE or any other part of the world.”

Somalia has taken a neutral stance in the Gulf Crisis that pits The Emirates and Saudi Arabia on one side, and Qatar on other, which is thought to have contributed to the bad blood between the two nations, as well as between Somalia and other countries in the Gulf.

The overtures by DP World are thus seen as Dubai’s way of asserting its influence to have Somalia become more compliant. DP World has “strongly denounced” Somalia’s response to the deal, asserting the independence of Somaliland maintaining the latter has no role to play whatsoever. Mogadishu has subsequently asked the Arab League to intervene in the matter. In its turn, the League is said to have asked a third party, which is member of the Arab League, to mediate between DP World and Somalia.

The deal between DP and Somaliland, and the subsequent tiff, the Berbera port deal came days after the government of Djibouti terminated its partnership with the company. The deal between DP and Djibouti was signed in 2006 and was give them a 30-year concession to manage the Doraleh Container Terminal (DCT), until “the Republic of Djibouti decided to proceed with the unilateral termination with immediate effect of the concession contract awarded to DP World,” according to a statement from the office of President Ismail Omar Guelleh.

Following the tiff, some in Somaliland blame the government of hiding details of the deal when it was first presented to the parliament. In testament to this, the region’s Foreign minister Dr Saad Ali Shire was booed and chased away from parliament premises, as many in the region consider the deal “too controversial” due of the Ethiopian government.

President Abdi responded by pointing out that “since Ethiopia has a share in the port, it will become its sea route which will help both Somaliland’s and Ethiopia’s economic growth. Second, since Ethiopia invested in Somaliland, Ethiopia will assist Somaliland strengthen its peace and stability.”

The opposition has asked the President to resign for “lying to the people”.