Digital broadcasters: where is our money?

The promise of instant millions for digital broadcasters, many who were struggling to break even amidst stiff competition from established media, was too tempting to let go.

The Presidential Delivery Unit (PDU) was promising between Sh2m and Sh4million for each of the 20 digital broadcasters to run adverts to show the progress made in the first term of the Jubilee administration ahead of the August 8, 2017 General Election (#GoKDelivers and #JubileeDelivers adverts). This roughly translated to Sh1 million per month, which, by any standards, would have been a huge revenue boost for the upstart broadcasters.

With such an offer for the outlets, many who had just started operating less than two years prior, following the analogue switch-off in June 2015, through their association, Digital Broadcasters Association (DBA), some 20 broadcasters signed on.

The Government Advertising Agency, which contracted the stations that include Mwamba TV, Elimu TV, Farmers TV, Mother and Child TV, Islamia TV, Revival TV, on behalf of PDU, was supposed to settle fully at the end of the advert campaign, which ran from April to July 2017. High Court judge Justice Chacha Mwita stopped the government from advertising its achievements in the run up to the October 26 presidential election.

Almost a year after the elections, members of DBA are still waiting for some Sh40 million or so, or roughly half of the contract fee. Hopes of settlement are fast fading for fear that they might be blacklisted by government if they come out.

“For now, we just want it out there. The giant Nation Media, in 2016, tried suing for outstanding bills, and got a blackout from GAA. They lost big time, and it reflected in their balance book. Standard tried it too, and got received the same treatment by mygov.go.ke, losing millions every week,” a DBA source, who spoke to TNLM on condition of anonymity for fear of economic reprisals from the government, said.

In the Kenyan media industry, government remains the biggest advertiser, accounting for nearly 80 per cent of the adverts in the media. Therefore taking on PDU means going to war with government, “and in a regime known to shut down media houses for the flimsiest of reasons, it is not exactly an avenue that is open to us.”

“We understand the agency tried to work it backwards to have Treasury set aside money for settlement, but the ministry refused,” the source said.

According to information TNLM has obtained, the entire contract was worth about Sh60 million, of which only a fraction has been paid to date. The response DBA members get when they ask for the balance is that there is no money for it.

Even the bit that has been paid did not come from either GAA itself, but from its parent ministry’s internal revenue streams.

When approached for comment, Cabinet Secretary of ICT Joe Mucheru was dismissive of our enquiries. Without directly stating whether his ministry had paid DBA members, Mucheru said his ministry is mandated to coordinate and directly provide communication related services across the entire government.

“It is the prerogative of my ministry to ensure every aspect of government and all its projects, which include its achievements – funded by the National Treasury – are expedited on behalf of all ministries, agencies, departments and State corporations,” said Mucheru.

The question the DBA members are asking is why GAA, if it is not unable to pay as it claims, hasn’t settled with them

The question the DBA members are asking is why GAA, if it is not unable to pay as it claims, hasn’t settled with them. Alternatively, it being that GAA approached the broadcasters, did it engage them without a budget? And if there was a budget, where was it used? Was the money diverted?

For a contract on campaign services, such as the engagement with DBA was, where the service fee is supposed to be paid immediately and not go through the red tape that so besets government procedures, what occasions this delay?

Collectively, our source inside the GAA says, the agency was allocated Sh300 million for the #JubileeDelivers campaign, out of which about 50 million was supposed to cater for members of the DBA. The share that went to the rest of the media houses has since been settled. Not so for DBA, who are being taken in circles.

Adding to their frustration is that GAA overtly favours the big media houses over upstart broadcasters. “There has been sort of a blanket ban for the smaller players – we can only guess that the reasons are either politically-motivated, or something to that effect. A lot of media start-ups have had to close shop.”

When reached for comment, GAA’s Ngari Gituku dismissed as “utter rubbish” the allegations of discrimination, adding that they are in the process of creating a database that includes all media outlets, with a view to harmonising contractual procedures.

According to our source at the agency, Royal Media Services, Media Max, Nation Media Group and The Standard each get between Sh16 million and Sh20 million worth of adverts every week from mygov.go.ke. Since the election campaign, she says, no DBA member has been allocated a single advert.

Taking a different trajectory from that of our sources, DBA chair Joel Waweru is, surprisingly, full of praise for the GAA: 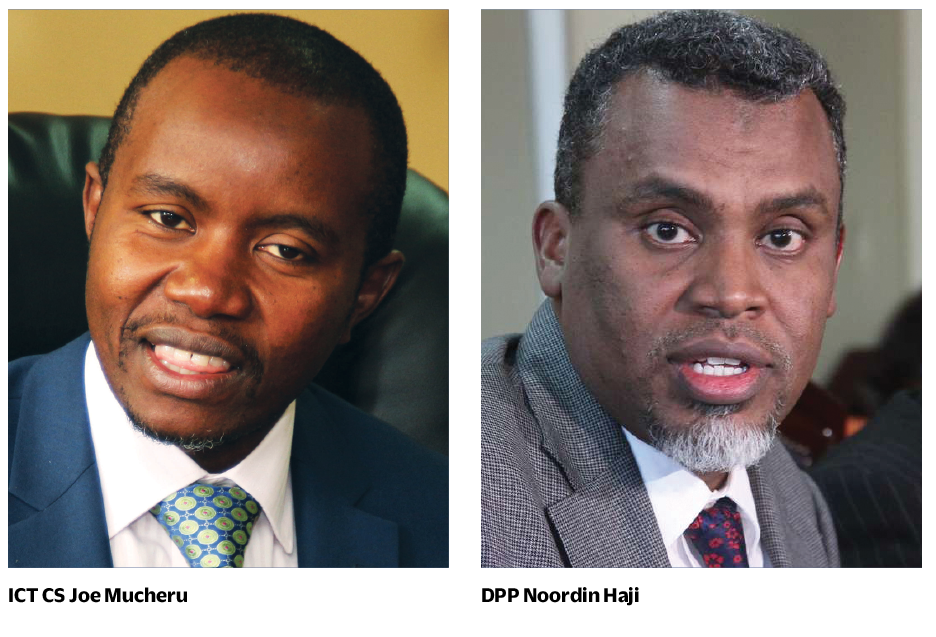 “The agency has so far honoured its payment obligations from April to June 2017. The only pending payments are for the month of July 2017, explained by the fact that the financial year had ended and a transition to the next one had to be made. As far as I know, GAA has committed to clearing the pending bill; it is just a matter of time.”

“Look, the engagement of our members was not limited to PDU adverts; we still work together, and will continue to do so. That payment for work done is late is not grounds for stalling of our relationship.”

He also challenged the claim that GAA has been unable to pay, and denied that Ministry helped settle part of the bill.

But given that many of the DBA members we spoke to have only received about Sh1 million each, out of an average of Sh3 million, it is unlikely that GAA released money for two months’ worth of advertising, or the balance would be much lower. If it did, then it did not get to the broadcasters.

GAA overtly favours the big media houses over upstart broadcasters. There has been sort of a blanket ban for the smaller players

DBA also accuses the Communications Authority (CA) of denying them business because there is “no avenue for kickbacks.” During the World Cup campaign, for example, CA spent some Sh40 million on NTV and Citizen TV for adverts on their mandate, and did not include any of the small broadcasters despite many attempts to secure business.

“We understand we have smaller viewership, but we haven’t asked for half of what the others get,” they lament.  “We just a piece of the pie commensurate with our numbers.” The Authority did not respond when reached for comment.

The #GoKDelivers and #JubileeDelivers adverts formed one of the 2017 campaign flashpoints, with the opposition coalition NASA and civil society groups accusing the government of flouting election laws on campaign advertising.

Former Law Society of Kenya CEO Apollo Mboya who sued to have the adverts stopped argued that Section 14(2) of the Elections Act bars the government from proclaiming its achievements during the election period, and/or using public resources to do so. “An order of permanent injunction is hereby issued restraining the national government, whether by itself, agents, servants, proxies or any other person acting under its authority or direction, advertise achievements of any programmes or projects across the country in the last four years during the election period,” said Justice Mwita had ordered in the ruling which characterized the adverts as election offences.

Beyond the ruling and the frustrations of DBA members, Mboya is also following up on another order from the ruling that required the Director of Public Prosecutions (currently Noordin Haji) to commence proceedings in relation to election offences that were committed by PDU by using public resources to run the adverts on behalf of Jubilee ahead of the elections.

In a letter to Haji dated July 5, 2018, Mboya wants the DPP to provide him with information on the steps the Office of the Directorate of Public Prosecutions has taken in so far as taking action on the people in involved with the adverts is concerned.

Mboya further says in the letter that if the DPP does not intend to commence the prosecutions within the 12 months statutory timeframe, he will commence private prosecutions “immediately in order not to fall foul of the statutory limitation.”