The management of the Kenya Pipeline Company (KPC) knowingly connived to have President Uhuru Kenyatta launch an incomplete oil jetty in Kisumu, it has emerged.

In one of the many massive fraud instances perpetrated by senior managers and board members, KPC knowingly oversaw the construction of a contraption that does not meet internationally recommended standards.

According to revelation by experts, it will take at least another half a billion shillings worth of renovation for the Kisumu Oil jetty to be functional and export oil to Uganda’s oil jetty, which is already complete and scheduled to be launched by President Yoweri Museveni in April.

Uganda’s oil jetty, which is dependent on complete operationability of Kisumu Oil jetty, is being constructed by the same company that did a feasibility study for the Kisumu oil jetty but which did not win the construction tender.

Even as the Directorate of Criminal Investigations (DCI) investigates allegations of massive fraud at KPC, it has been revealed that the Kisumu Oil jetty construction cost thrice as much as similar oil jetties in Africa. 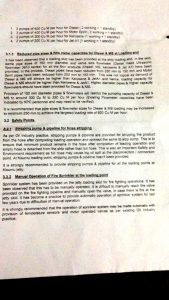 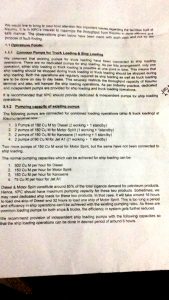 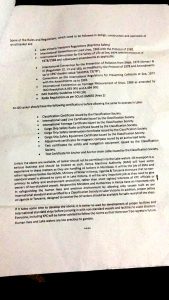 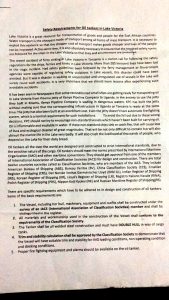 While the Kisumu oil jetty was supposed to ease transportation of fuel to Uganda and further to neighbouring countries by allowing ships from oil marketers to load fuel from Kisumu to the ongoing Uganda oil jetty for further distribution to Rwanda, Burundi, Democratic Republic of Congo (DRC), this won’t be realised until renovations are done.

According to the experts, even after gobbling up Sh2 billion, the Kisumu oil jetty is not anywhere near completion.

Investigators who were comparing the workmanship to the international standards have established that the Sh2 billion paid for the construction of the Kisumu Oil jetty was thrice the price of Mozambique’s Matola Oil jetty which was commissioned in 2017.

While investigating the procurement process that led to a Mombasa-based company with no known work experience winning the tender against international entities, the detectives have established that the jetty which was commissioned by President Uhuru Kenyatta in April 2018 was at best a fraud on the Kenyan tax payer.

According to an expert report in possession of the Directorate of Criminal Investigation (DCI), the existing pumps at the Kisumu Oil Jetty are fitted with small capacity pipes and pumps normally used for truck loading as opposed to the recommended ship loading pumps and pipes. This means it would take at least 32 hours to load a standard 4.2 million litre lake going tanker instead of the four hours it would take if the recommended ship loading equipment had been installed.

As well, lake tankers would have to wait while trucks are loaded and vice versa.

Investigations also reveal that diesel pipes at the jetty were reduced from 200mm to 150 mm thus reducing the pumping capacity.

According to standard oil industry practice, stripping pumps and pipeline are provided for stripping fuel from the hose after completing loading to minimum product remains in the hose. While this is an important safety measure, it also reduces the spillage.

The report says that the deliberate lack of the stripping pump and pipeline for hose stripping could have been a ploy facilitate the theft of fuel in the name of spillage as has been the practice.

Further, the firefighting sprinkler system provided at the jetty is neither adequate nor effective as it is not automated.

“It is strongly recommended that the operation of sprinkler system may be made automatic with provisions of temperature sensors and motor operated valves.” This automation is also recommended for the fire hydrants.

Also coming out of the investigations is that even if the jetty were pushed into service with all the inconsistencies, there currently is no oil lake going oil tanker capable of transporting oil from the Kisumu Oil jetty to Uganda.

While Uganda is in the process of building four 4.2 million litre tankers for its 69 million litre storage capacity, Kenya plans to “make use” of privately-owned, reconditioned cargo ships to service the busy export route.

These reconditioned vessels, the experts note, would pose catastrophic danger to marine life and the environment in the event that they sunk.

“Oil tankers should meet the norms prescribed by International Maritime Organisation (IMO) and other maritime conventions. They should get approvals from one of the members of International Association of Classified Societies, who are members of IACS…There are specific requirements which have to be adhered to in design and construction of oil tankers,” the report says.

Some of these requirements are that the tanker must have welded steel construction, have double hull in way of cargo tanks, and that the vessel, including her hull, machinery, equipment and outfits, is constructed under the survey of an IACS member  and distinguished in the register. (