Africans pay a hefty economic price to uphold their democracies 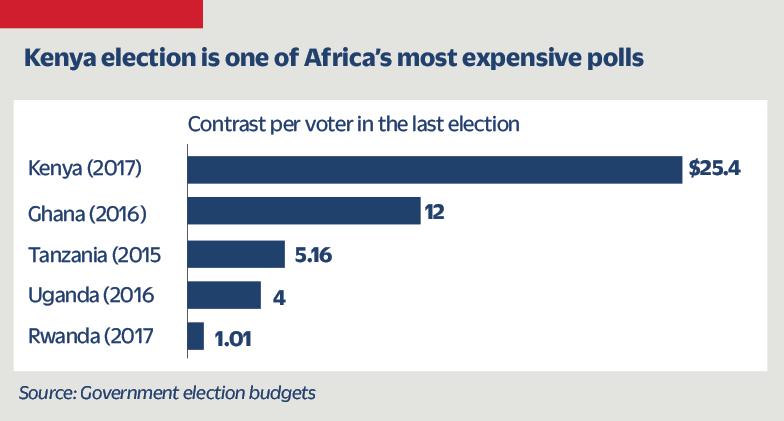 At the end of 2018, everything was set for a local consultancy firm to work on a research project with the government of Lagos, Africa’s largest city.

All the details had been agreed with the contract due to be signed, but it eventually didn’t materialize. Within weeks, the state’s governor lost his party’s primary elections so was no longer running for re-election and he soon “lost interest” in the project. With a new governor set to be voted in after Nigeria’s local state elections in two weeks, it’s unclear whether or not talks to sign the contract will ever resume.

It’s a recurring theme across Nigeria, Kenya and many other African countries where elections and the accompanying political uncertainty have usually had adverse effects on big and small businesses—impacting short-term growth.

With at least 20 African nations holding polls in 2019 (Nigeria and Senegal‘s presidential polls took place this month), the impact of the electioneering processes on economic growth across the continent is often significant. Even though it is impractical to make sweeping forecasts given the continent is home to divergent economies, tangible economic costs of elections are a common feature, especially among younger and fragile democracies.

While there is much variance when it comes to democratic maturity in Africa, there is little doubt political democracy has spread across the continent since the 1980s and 1990s away from the days of military regimes and dictators leading to the introduction of multiparty elections. To be sure, there are still autocratic, long-term rulers on the continent but there’s generally a sense most African countries attempt to at least “perform” democracy with elections, campaigns and ballot votes even when most people know the outcome ahead of time. All of this can end up being expensive.

Having contracts stalled and major projects abandoned is “very common” in Nigeria leading up to the polls, the Lagos consultant tells Quartz. “Election becomes a priority, and all money goes into that,” he adds. In the months leading up to polls in several African countries, governance is practically deferred with politicking largely taking over at significant expense. This holdout has even made phrases like “after elections” a colloquial mainstay during voting periods. Amid the uncertainty, businesses and investors also often adopt a wait-and-see approach—dampening economic activity.

The ambiguity over regulatory and policy direction during elections can also have an adverse effect on economies. In election years, governments can either be parsimonious or generous, depending on their desire to complete legacy projects. This affects how companies and investors, working directly with the government (through public-private projects) or indirectly (sourcing, from say, farmers who receive government funding), make plans, says Kenyan investor Stephen Gugu.

It’s worse if there’s an administration change. Gugu says investors worry “there will be drastic changes in policy” and could usually take up to a year “just to bring back your agenda to the table.” The uncertainty is also magnified because newly-elected administrations could take months to form a cabinet and appoint heads of key agencies. Following his 2015 victory, Nigeria’s president Buhari took six months to name a cabinet.

The cost of fear

But government actions are not alone in moderating economic growth. Post-election violence, or even the expectation of it, is “probably the single biggest cause of a contraction in the economy,” says the head of Africa research at risk consultancy Verisk Maplecroft, Ben Payton. In such cases, companies would “consider evacuating personnel, shutting down operations, which is the kind of low probability but very high impact scenario.”

Because of the heightened mood, vibrant cities like Nairobi and Lagos go quiet with traditionally clogged streets emptying of traffic. Bethy Lawal, a Lagos-based marketing associate, says her office informed staff to remain at home following the presidential elections, given the possibility of violence.

And as a bulk of voters travel to their ancestral homes to cast their ballot, businesses are forced to shutter or maintain skeletal operations. This adds up to the overall negative impact in countries like Nigeria, where the postponement of the polls by a week is estimated to cost the economy $2.2 billion, according to Lagos-based research firm SBM Intel.

In Kenya, the effect of the 2007 post-election mayhem saw growth rates fall from 7.1 percent to 1.7 percent in 2008. Despite holding one of Africa’s most expensive polls in 2017, the economy also shed 1 percent of the gross domestic product due to disputes and prolonged electioneering. Cumulatively, research from the Daily Nation newspaper has shown Kenya lost more than 50 billion shillings ($500 million) since independence in 1963 due to electoral turmoil.

The financial toll of election uncertainty also differs from country to country depending on the make-up of the economy. For instance, the post-election crisis that rocked The Gambia after the December 2016 poll continues to impact its tourism sector, a key foreign exchange earner. But for commodity-dependent economies, especially in sub-Saharan Africa, exports and pricing remain crucial for growth, says Charles Robertson, global chief economist with investment bank Renaissance Capital.

Despite sluggish growth in the first quarter of 2019 in Nigeria due to elections, Renaissance research shows a moderate pick-up in growth in 2019 to 2.5 percent versus 2 percent in 2018, mainly on the back of higher oil production and sustained growth in the non-oil sector. Payton argues part of this boost is because energy companies might have a stomach for risk and are less likely to “abandon operations because of a perceived security threat.”

African economies also differ in how long they take to recover from the all-round effects of electoral uncertainty. But the safe approach that can work across the board for international investors is to build a cash buffer, diversify across countries, and not make significant moves or entries during voting years, according to Gugu.

For local businesses and investors, however, owing to being in the market for the long run and likely having a better understanding, they have the option of choosing to remain bullish and possibly looking for bargains.

Ultimately, the onus is on governments to lessen election-related economic volatility. One way to do that, Payton explains, is for states to exercise fiscal discipline. In trying to win votes and restore investor confidence, governments like Ghana’s have borrowed heavily right before polls, heightening risks of messing up public finances. “That can have quite a long term economic impact,” Payton warns, and “the economic damage can take a few years to recover.” (